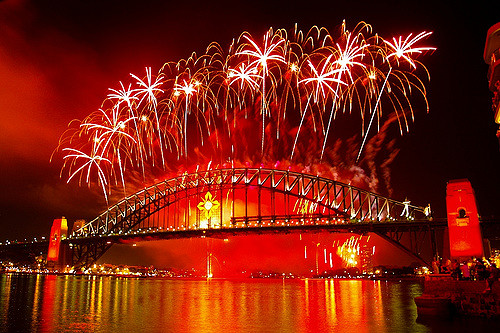 Hangovers are not limited to New Year’s but it is not unusual to party hard on New Year’s Eve and wake up starting the new year in an aching state. Hangover symptoms usually occur the next day, although some people get headaches and feel queasy after just a few drinks.

Remember that women and men metabolize alcohol differently. A woman may feel a hangover after only three to five drinks while it may take five to seven drinks to make a man feel wasted over a four-hour period. This includes mixed specialty drinks made with whisky, rum, vodka and other distilled spirits.

Some specialty drinks are considered possible hangover cures. The Bloody Mary with a healthy dash of cayenne pepper is considered the classic “hair of the dog that bit you” hangover remedy. This specialty drink consists of tomato or vegetable juice, Worcestershire sauce, lemon or lime juice, and often spicy seasonings mixed with vodka. And although a Virgin Mary without the vodka may sound like a much more appetizing choice for the morning-after remedy, the vodka in the original recipe helps you get that alcohol back into your system because it’s the deprivation of it that’s making it hurt so bad in the first place.

The gin fizz and silver fizz were once specialty drinks recommended for hangovers, but both drinks included raw egg white. The gin fizz without the egg is made with just lemon or lime juice, club soda and a little sugar with the gin being optional for a morning-after cure. This sparkling water lemonade will settle the turbulent tummy.

Another flavorful hangover drink includes adding a little Compari, the red distilled bitters beverage from Italy, to club soda. It’s a refreshing specialty drink served over ice with a lemon twist and it works as a relaxing digestive aid.

The mimosa mixture of orange juice and champagne is considered a hangover specialty drink partly due to the carbonation in the champagne. Most juices without extra sugar and alcohol are helpful cures too.

There’s always a route for those that are looking to ease the hangover pain that can’t stand the site of any forms of alcohol. Some recommend that weak coffee is a good starter instead of starting with a bold cup just to get the caffeine in your system to help balance out the headache. Or you may want to sip a decaf latte or cappuccino if you want a lighter jolt.  Chamomile and mint teas are also a very soothing choice of beverage for head and stomach aches. Teas are great for full body comfort, so pulling up a blanket, boiling a pot of hot tea and curling up on the couch to recovery is also a great direction to take on the road to hangover recovery.

Researchers have found that congeners, found in many dark distilled spirits such as whiskies, brandy and dark tequila, can increase the intensity of a hangover.

Wine can also lead to a hangover when consumed in large amounts and the sugar that settles can leave a serious pounding in your skull the day after. Wine was always considered an accompaniment to meals and a digestive aid. A dinner with wine and water (consumed separately) can delay and dilute the effects of alcohol, but any alcohol in significant quantities can have its effects on you. .

Historians believe that beer from fermented wild grains mixed with yeast spores was the oldest alcoholic beverage developed by humans. Although the origins of beer haven’t been dated with accurate precision just yet, evidence from archaeologist finds confirms that the practice of brewing and fermentation dated as far back as 4000 B.C. in ancient Egypt. Beer was bubbly with carbon dioxide, it relaxed people and made them happy. And in those days, because of the alcohol, it was more purified than water. Beer has less alcohol than wine or distilled spirits but it can still cause intoxication.

If you want to avoid a terrible hangover or getting too drunk too quickly, it’s recommended that you should not consume alcohol on an empty stomach. Eating creamy dips and nuts can help line the stomach before drinking. Alcohol is absorbed into the liver and bloodstream at a slower pace if you have food in your stomach. Enjoy canapés, appetizers, cheese, dips made with sour cream, yogurt or cream cheese while you are drinking at a party or restaurant. So long as there’s some tasters or a meal before a night of heavy drinking, you’ll find that your body will allow the alcohol to absorb a bit slower and chances are you’ll experience less pain in the morning to follow.

And of course, the best way to beat a hangover before it happens is to balance out the alcohol by drinking plenty of water. Water prevents dehydration, which is one of the main causes of hangovers. Drinking water between alcoholic drinks may prevent severe hangovers. Medical experts recommend drinking large amounts of water to detoxify and cure a hangover, but remember that a few of the specialty hangover drinks as mentioned earlier that contain alcohol may be a good option to also have on the side. This way, your body is able to rehydrate and recover while slowly putting small amounts of alcohol back in your system in order to lessen the pain of withdrawal. Either way, start your new year off on the good foot and ease the hangover pain while knowing your limits and drinking responsibility.